While the use of healing herbs has a reputation for being “new age” or being popularized by recent research, the use of herbs can be traced back for thousands of years. The history of herbs as medicine has deep roots in tradition and even in rebellion, and it spans continents and economic class systems. Herbalism has a unique way of combining cultural tradition, food, and botanical wellness for everyone.

Researchers have found evidence of yarrow, chamomile, and poplar on the tooth plaque of Neanderthals dating back to 60,000 BCE (Before the Common Era, formerly BC). This is evidence that plants have been at the core of nutrition and health since long before recorded history, and we see continued use of plants through the ages.

Around 1500 BCE, the Egyptians created the Ebers papyrus, a compilation of medical texts that contains over 700 formulas. Despite the age of these papers, the knowledge within is surprisingly advanced. It contains an accurate description of how the human circulatory system works, including the existence of blood vessels and the function of the human heart. Plants mentioned in the Ebers Papyrus include Aloe, Basil, and Bayberry. These are herbs used to this day–like the Aloe-infused digestive blend in New Chapter’s flagship probiotic formula .

The ancient Greeks and Romans were also known herbalists. Hippocrates, considered the “Father of Western Medicine,” was a famous Greek physician who believed the body became diseased through natural causes and not by a curse from the gods or superstitious reasoning. Hippocrates spent 20 years in prison for opposing the current ideas of medicine at the time, and while in prison, wrote, “The Complicated Body.” Some of the principles in this book still hold true in modern medicine. Hippocrates used many herbal remedies in his practice and famously wrote, “Let food be thy medicine, and medicine be thy food.” One of the botanicals Hippocrates described was Willow bark and how it could be utilized for both fevers and pains. Modern medicine followed up on this in the 1800’s, when scientists uses the active compounds from Willow to make aspirin. The ancient Greeks were also big fans of Elderberry, which is becoming hugely popular again today for its powerful immune-boosting benefits.*

Traditional Chinese Medicine (TCM) is an ancient healing system that is still practiced. TCM boasts one of the oldest lists of medicinal herbs, called Shennong Ben Cao Jing. While the written version of the text was recorded around 250 CE (Common Era, formerly AD), the content is attributed to Shen Nong, a legendary healer thought to have lived around 2500 BCE. Whether Shen Nong was an actual person or not has been debated, but the healing methods and uses of herbs attributed to Shen Nong were passed down through centuries of oral storytelling until the Chinese classic was compiled and written down. The Shennong Ben Cao Jing lists healing materials that include minerals, herbs, woods, animals, fruits, and vegetables. Herbs mentioned include modern herbal heroes like Ginger, Ginseng, Ling Zhi Reishi mushroom, and Mung Beans.

Around the same time, Ayurveda was growing as a healing system in India. Ayurveda translates to “Science of Life” in Sanskrit. Ayurveda has been traced back to 3300 BCE and integrates practices of yoga, meditation, astrology, and herbalism. Ayurvedic healing systems are based on four compilations of knowledge called Yajur Veda, Rig Veda, Sam Veda, and Atharva Veda. Each Veda describes plants and botanicals used in the practice of Ayurveda. Ayurveda connects plants to elements and the elements to doshas that exist in the body, with a goal to create balance. Turmeric and Holy Basil are core Ayurvedic herbs that have inspired New Chapter formulations for many years.

Herbalism into the 18th Century

The great age of herbalism is said to have occurred from the 15th century to the 17th century. Herbal books were becoming available in English, having been translated from Latin and Greek. One of the first herbal books to be published in English was Grete Herball in 1526. This was preceded by Banckes’s Herbal, which is considered the first English book on herbalism, printed in 1525. It is important to note that the author of Banckes’s Herbal is unknown—Richard Banckes was the publisher. (There is some controversy over which book was published first, and they have each been cited as published in 1525 or 1526 depending on the source.) A digital scan of Banckes’s Herbal is available online at the U.S. National Library—it’s worth a look! It mentions Rosemary, Lavender, Mint, and Chamomile, which are therapeutic herbal ingredients that New Chapter uses to this day. 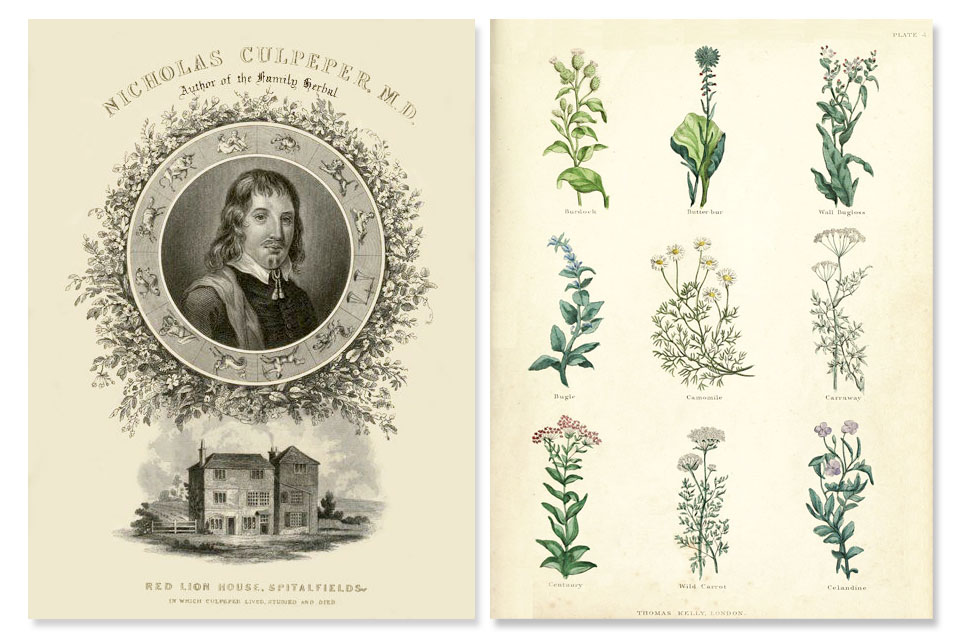 This leads us to Nicolas Culpeper, who lived from 1616-1654. An English herbalist, botanist, and physician, Culpeper published an extensive book on herbal and pharmacological knowledge called The Complete Herbal. Like Hippocrates, Culpeper was known for being a rebel. He practiced as a people’s herbalist during a time when medicine was largely reserved for the aristocracy. This meant that he was scorned by the medical community at the time. Culpeper frowned upon more archaic traditions, like bloodletting.

Women played a key role in herbalism gaining popularity in the American colonies, because women were often called on to collect roots and to care for their families. The plant-based medicine of the Native Americans was key in helping the Europeans adapt to the American terrain.

The role of black, indigenous, and people of color in America must be mentioned when speaking about the continuation of herbalism in the United States. Knowing how to use plants to help support healing was a tradition passed down among oppressed people in order to gain access to medicine. In the mid-18th century, some states made it illegal for enslaved people to teach or learn about herbal medicine. 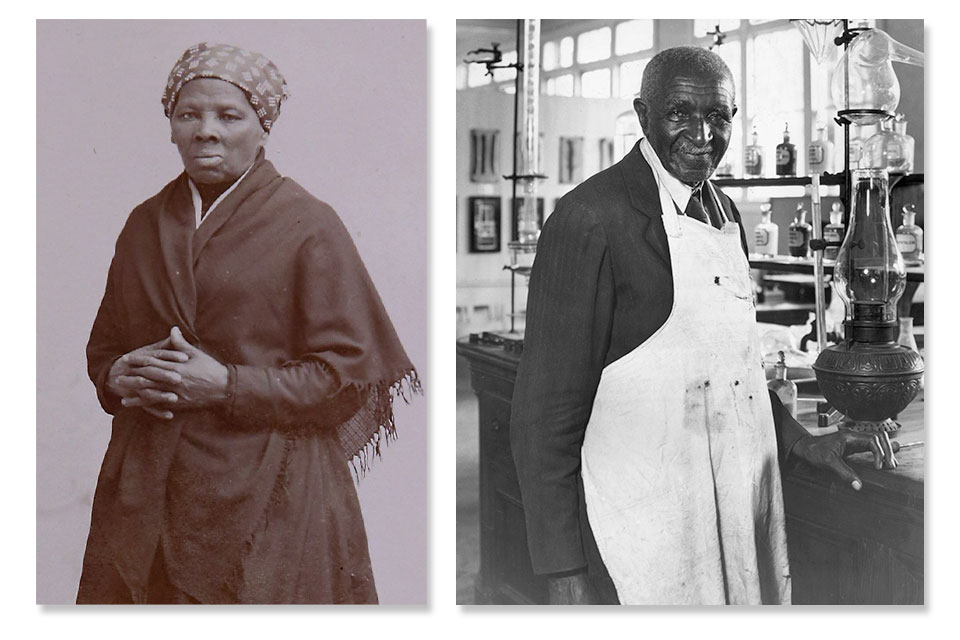 One notable black herbalist was Harriet Tubman, who is credited with using her herbal knowledge to aid passengers on the Underground Railroad. Another powerful figure in herbal history is George Washington Carver (1864-1943), an agricultural scientist and prolific inventor. Carver’s work on nitrogen-rich plants, like soybeans and peanuts, restoring soils, rotating crops, increasing yields, and developing natural pesticides all made him a pioneer in supporting future herbalism and soil health.

The idea of herbalism being a taboo subject appears in history multiple times, from the botanical ties to witchcraft in the Salem Witch Trials to the way medical students are educated about herbalism. In 1904, the formation of the Council on Medical Education by the American Medical Association (AMA) changed the course of herbalism in America and Canada. The AMA wanted to set specific standards for medical education that had to be met by medical schools. Schools that could not meet their standards were shut down. Between 1910 and 1935 more than half of American medical schools either merged with large universities or were closed. These schools were not allowed to offer training in homeopathy, naturopathy, chiropractic, or osteopathic practice because that would cause them to lose their accreditation, which was necessary for survival. Teaching about the use of herbs for healing was definitely not high on the medical curricula.

Fortunately, in the last 50 years or so, herbalism and folk medicine have once again been revived. You can find awesome herbalists online and in your community, and herbal products are widely available. Read our Ultimate Guide to Herbals to find out about navigating all the options and choosing the right herbs for you.

Herbalism has an exciting history. It has always been a healing tradition established for the people and by the people. Herbalism has spread through the knowledge of medical rebels and outsiders. Today’s scientific research backs up what herbal pioneers knew all along: Plants have tremendous healing potential. Herbs deserve to be respected and shared as powerful allies for natural wellness!